A Hard Rock band from Florence called “Make It Long ‘n Fast”.
If you’re looking for some information, music, lyrics, pictures and videos then you can follow M.I.L.F. using the links at the bottom of the page..

M.I.L.F. (make it long n’ fast!!!) – to release their album “Rolling Thunder” on January 10, 2020 via Volcano Records #milf This time we are not talking about “Mother I’d Like to Fuck”, but of the Florentine Hard / Rock band called “Make It Long ‘n Fast”, from which the acronym M.I.L.F. The history of M.I.L.F. began in 2010 as a new and exciting project, which includes a mix of Hard / Rock, Glam / Metal and Punk music. Since their creation and therefore the succession of new songs, they have started to play in increasingly popular places, Honky Tonky, Legend and Rock ‘n’ Roll in Milan, Officine Sonore in Vercelli, various venues in Bologna, Imola, Genoa and throughout Tuscany, opening the concerts of bands like Punkreas, Pino Scotto, as a result their audience started to grow. In each show there is generally no shortage of some covers of the artists that influenced them such as AC / DC, Queen, Motley Crue, Aerosmith, Guns ‘n’ Roses, Cult, Dead Daisies, Kiss and others. In 2016 they signed their first recording contract with Buil2Kill records, giving birth to their debut album entitled “More Than You”, acclaimed by the public and critics. In 2017 the band undergoes a drastic training change by changing voice, bass and drums at once. At the beginning of 2018 he signed a Management contract with the Sorry Mom! Agency, and in the same year the new single, “Hottest Dream”, is released. In 2019 the recordings of the new album “Rolling Thunder” begin, followed by the signing with Volcano Records & Promotion. “Rolling Thunder” is released on January 10th, 2020. “Rolling Thunder” tracklist: 1. Hottest Dream 2. Sell Your Pills 3. Babe 4. Blame it on the Vodka 5. Last Hand 6. “I Have a Dream” 7. Peace of War 8. Unleash the Beast 9. Crazy for Love 10. Inner Fire 11. Bad Boys 12. Mama Kin (cover) Running Time: 49’15” 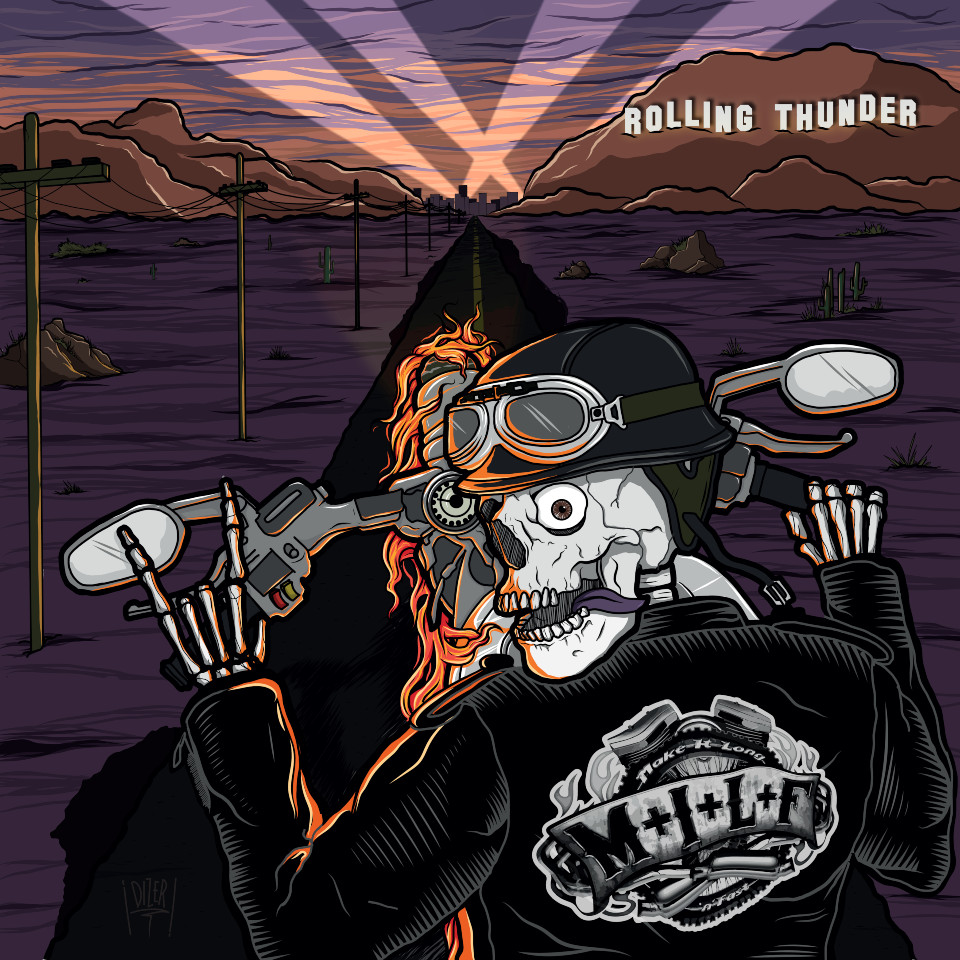 View all posts by Luca Ferri →

Don't miss us when we're close to your area!